Everybody, Somebody, Anybody, Nobody

I once read about a shocking incident that shows the principles of this story at work—tragically—in real life. In 1964 Catherine Genovese was stabbed to death over a period of 35 minutes while 38 neighbors watched. Their reaction was described as cold and uncaring, a result of urban apathy and alienation. Later, research by Latane and Darley revealed that no one had helped simply because there were so many observers. The observers looked to one another for guidance on what to do. Since no one was doing anything, they determined that no one should be doing anything.

People are less likely to receive help in time of need as the number of by-standers increases. A student appearing to have an epileptic seizure was helped 85 percent of the time when only one bystander was present, but when several people were standing by and watching he received help only 31 percent of the time. This study proves that the more people do nothing, the more people will do nothing, but if even a small group of committed people will begin to reach out to others with care and love, smiles and compliments, appreciation and respect, the movement can and will grow.

We are affected by the actions of people around us. We look to one another for direction, often without even knowing it. Most people will agree with the majority even if they really don’t agree. If, as Christians, we want to demonstrate love to the world around us, we must become examples to others instead of merely following the crowd.When you have the ability to help someone, don’t assume somebody else will do it. Do it yourself ~ God will be with you!

Lord God, thank you for your love and help me to love others around me, today and everyday. Put before me people that need my help and help me be a beacon to someone in their time of need. In your holy precious name I pray, Amen.
Spiritual Walk ~ Devotions.Inspiration.Testimonies 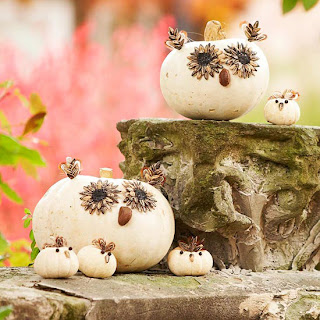 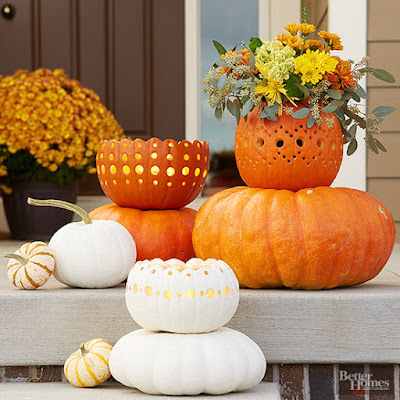 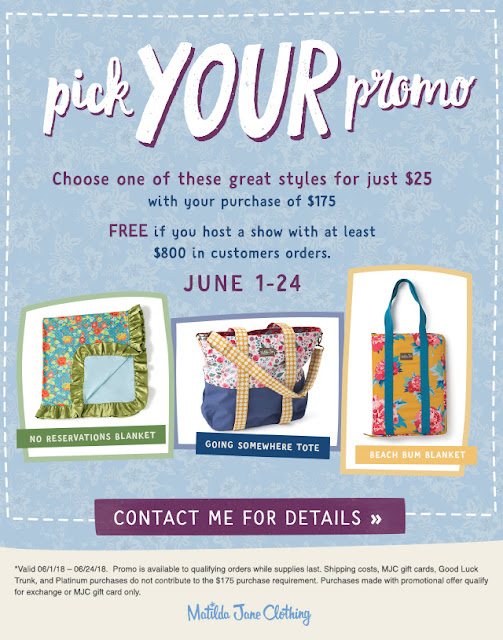 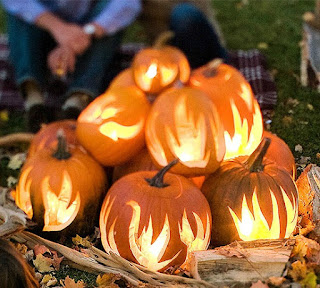 If you have a little more time, you'll have fun pulling together this cool carving idea. Add the bonfire centerpiece to a backyard table or use it as a focal point in front. You'll need about 10 to 12 pumpkins and flickering candles to make these flames come to life.

Calling all you who have October birthday!!!!!! Let's spice things up with a Halloween pumpkin birthday party! Download the party pumpkin stencils and carve out the smiling faces on pumpkins. Shape scrapbooking paper into cones, creating a variety of tall and short hats. Use tape to secure the paper in cone shapes and decorate with an assortment of patterned- paper circles. Trim some of the hat edges with paper fringe. Hot-glue the hats to the tops of the pumpkins.

Use a faux or real pumpkin to create this funny pumpkin carving -- a gourd invaded by mice! Light yellow spray paint turns this pumpkin into a block of cheese, and drill bits make it easy to create different-size holes.