Posted by Kari @ Inside The Brick House on August 05, 2015
"[Jesus said] You are of your father, the devil, and it is your will to practice the lusts and gratify the desires [which are characteristic] of your father. He was a murderer from the beginning and does not stand in the truth, because there is no truth in him. When he speaks a falsehood, he speaks what is natural to him, for he is a liar [himself] and the father of lies and of all that is false." John 8:44

The devil lies. In fact, the devil doesn’t know how to speak the truth. Most Christians know that and yet they still listen to his evil words.

Sometimes the lies seem to just pop into our minds for no apparent reason and sometimes Satan even speaks to us through other people. He puts something critical or hurtful into their minds about us, and they speak it out for us to hear. If we listen and accept what we hear, our enemy rejoices. If we listen long enough to the deceptive information we have taken in, we will find ourselves facing serious problems. Instead of listening and absorbing the untruths and ­satanic deceptions, you can look at what Jesus did and follow His example.

After fasting for forty days in the wilderness, Satan tempted Him three times. Each time He defeated the devil by declaring, “It is written,” and quoting the Word of God. No wonder the devil fled from Him (see Matthew 4:1–11). Learn the truth of God’s Word, and every time Satan lies to you, quote a scripture back to him. Learn to talk back to the devil!

Today I encourage you to realize that you are not alone in your spiritual battles, your mind is not the only mind under attack, we are all at risk as Satan comes against everyone. His entire goal is "to kill, steal, and destroy, but Jesus came that we might have and enjoy our lives abundantly" John 10:10. By becoming more conscious of the spiritual weapons the Lord has made available to us and learning how to use them, we can gain the victory ~ we can break the strongholds the devil has built in our minds. The Bible tells us that "when we know the truth, that truth will set us free"John 8:32, free us from Satan’s strongholds .

In an illustration of "Kim", you can see that the devil had whispered to her for years that all men were alike and wanted to hurt women and take advantage of them. As "Kim"read the Bible and prayed more effectively, she learned that it was the devil who had pushed her around, she knows now that she can be free.

As "Kim" develops in her relationship with God, she is equipping herself to win the battle for her mind ~ she’s learning more about God and more about how to pray effectively. “Jesus has become my friend,” "Kim" said. She had known Him as her Savior and worshiped Him as God, but this was a new revelation to her. One day she read Hebrews 2:18 in a totally new light. It says of Jesus, “Because He Himself [in His humanity] has suffered in being tempted (tested and tried), He is able . . . to run to the cry of (assist, relieve) those who are being tempted.”

That passage came alive to "Kim" because she saw Jesus not only as God, but as her friend ~ one who knows what it’s like to be tempted and who knows what it is like to suffer. “I knew He died on the cross, but I had not thought of all the pain He went through for me. To realize that He understands my pain and problems was a new thought to me.”

"Kim" also says that when negative, mean, or ugly thoughts come into her head, she is learning to stop those thoughts. “Jesus wouldn’t talk that way. Jesus wouldn’t be critical and judgmental, so that’s the devil fighting for my mind.” She hasn’t won all the battles, but she has learned to fight the great deceiver. Every time she wins one battle, the next one becomes easier.

God of all power, thank You for giving me the weapons to defeat the lies of the devil. Help me to always make good use of them. Thank You, Jesus, for being my friend and for being with me in my difficulties and struggles. Amen.
Spiritual Walk ~ Devotions.Inspiration.Testimonies 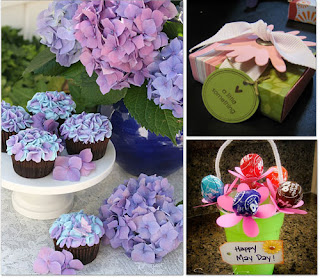 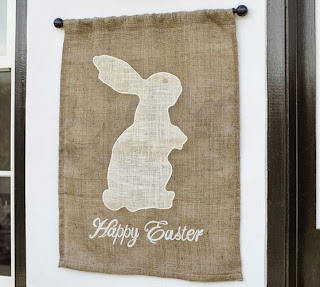 My 2014 Easter Picks from Pottery Barn for decorating, dining, eating, crafting and of course HUNTING! 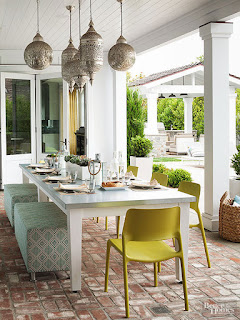 Great Ideas for Better Outdoor Living ~ No matter your budget, there are plenty of ways to make an outdoor space pretty, practical and even more enjoyable.

There's nothing quite like taking a Sunday afternoon nap in your own backyard hammock. Don't worry if you don't have two perfectly spaced trees to hang one from. Attach the hammock to a pergola like these homeowners did, and still benefit from the shade the pergola provides. A hammock stand is another option.